Rectus Femoris is a muscle with a considerable demand within soccer’s specific drills. Considering its bi-articular anatomy and soccer’s biomechanical characteristics with synergic and antagonic flexion and extension movements around hip and knee joints, is not hard to understand that rectus femoris, besides not being quadriceps’ muscle with higher activation amplitudes and torque produced during soccer tasks, is the one who needs more neuromuscular control. In soccer’s performance perspective, rectus femoris’ importance can be easily perceived if we think about kinetics and kinematics of movements present in this sport like kicking, running/sprinting, decelerating and changing direction (Brophy, Backus, Pansy, Lyman, & Williams, 2007; Cerrah et al., 2011; Mendiguchia, Alentorn-Geli, Idoate, & Myer, 2013).

Taking in consideration that rectus femoris is the third most injured muscle among professional soccer players, clinicians and sports professionals should be aware of its behaviour during soccer performance, mainly during kicking, once it is the action that often precedes rectus femoris’ muscle injury in football (Ekstrand, Hägglund, & Waldén, 2011). Kicking is also one of the most important and used skills in soccer, regarding its likelihood to make players able to achieve the goal, being the instep-kick the most powerful kicking technique (Brophy, Backus, Pansy, Lyman, & Williams, 2007).

Understanding rectus femoris’ biomechanics during the kicking can help soccer professionals not only to find ways to prevent its injury, but also to consider other mechanisms that may contribute to soccer kick’s performance enhancement, apart from anterior hip and thigh muscles itself.

Kicking performance is affected not only by the muscular moments developed by the hip and knee muscles, but also by the angular joint moments produced mainly in the hip and knee, which can be defined as a motion-dependent interactive moment, creating an energy distribution from proximal (thigh) to distal (leg and foot) (Cerrah et al., 2011; Naito, Kozo, Fukui, & Maruyama, 2012).

Considering soccer kick’s 5 phases described by several authors in the literature (Figure 1): preparation, backswing, leg cocking, forward swing/acceleration and follow through; and besides rectus femoris’ being active during all these phases, some activity peaks happen during some specific moments, showing us when its work is more demanding (Brophy, Backus, Pansy, Lyman, & Williams, 2007; Cerrah et al., 2011).

From these 5 moments, as shown in Figure 2, the most relevant are the backswing, leg cocking, forward swing and beginning of the follow through, once during the preparation RF’s activity increases residually only when the kicking leg is in mid-stance stage reaching an electomyographic (EMG) amplitude of around 20% of its maximal voluntary contraction (MVC) (Cerrah et al., 2011).

During the backswing, – that is the moment between toe off until maximal hip extension is achieved – RF’s activity significantly increases reaching an EMG amplitude of around 60-65% of its MVC. Although during this stage hip’s angular moment is not too high, once most of the inertia is being given by the leg’s movement, RF’s activity increases regarding the eccentric effort required to control the hip extension and slight knee flexion that happens at this time (Cerrah et al., 2011).

Maximal RF’s EMG activity happens during the leg-cocking phase. This can be characterized as the period starting from maximal hip extension achievement until maximal knee flexion occurrence, while the hip is already flexing. During the early stage of this moment RF’s reaches its highest peak activity, of around 75% of its MVC, which is expectable if we consider that, at this stage, RF’s struggles to increase hip’s flexion angular moment at the same time it also has to eccentrically control the knee flexion that is occurring below, increasing RF’s length. Until the end of this stage, when maximal knee flexion is achieved, RF’s activity slightly decreases to values around 55% of its MVC, which is still considerably high if we analyse its profile during kicking (Figure 2) (Cerrah et al., 2011).

Another interesting phase in terms of neuromuscular control during the kicking manoeuvre is the forward swing phase, mainly because in this moment we can find what is the called the “soccer paradox”. The aim of this stage is to develop the highest limb speed possible from the end of the leg cocking stage until the foot hits the ball (Cerrah et al., 2011; Naito, Kozo, Fukui, & Maruyama, 2012).

In an intuitive reasoning, the easiest way to improve lower limb’s speed to kick the ball would probably be to increase hip and knee joints angular moments through the hip flexors and knee extensors muscles, but biomechanics gives us another path to do it in a better and more efficient way. At this stage, in order to increase the knee extension angular moment, hip’s flexion angular moment decreases, decelerating the thigh, leading to a more powerful motion-dependent interactive moment, once the leg will work as a pendulum receiving the energy transferred from proximal to distal, as mentioned before in this text (Cerrah et al., 2011; Naito, Kozo, Fukui, & Maruyama, 2012).

This mechanism is achieved by the recruitment of the hip extensor muscles, developing a hip extension muscular moment, slowing down the thigh, opposite to what we could think empirically. To better understand this paradox, we recommend the reading of the article published by Cerrah et al. (2011), once it is not the aim of this text to deeply discuss the kinetic and kinematic of every muscle in the soccer kick (Cerrah et al., 2011; Naito, Kozo, Fukui, & Maruyama, 2012).

In this stage, RF’s works mainly to extend the knee joint once the hamstrings and gluteus are slowing down the thigh, with an EMG activity of around 55% its MVC, at the time the foot hits the ball (Cerrah et al., 2011).

After this event the last stage of the kicking performance starts, called the follow through, in a kinetic perspective it shows us a significant decrease in RF’s EMG activity (until 5% MVC) while the lower limb is swinging in open-kinetic chain (OKC). On the other hand, when the kicking leg hits the ground, another RF’s peak activity moment is achieved in order to absorb the energy from the landing, working in a closed-kinetic chain (CKC). Nevertheless, this peak is less significant than the ones achieved in the previous stages, ranging in between 20-25% of RF’s MVC (Cerrah et al., 2011). 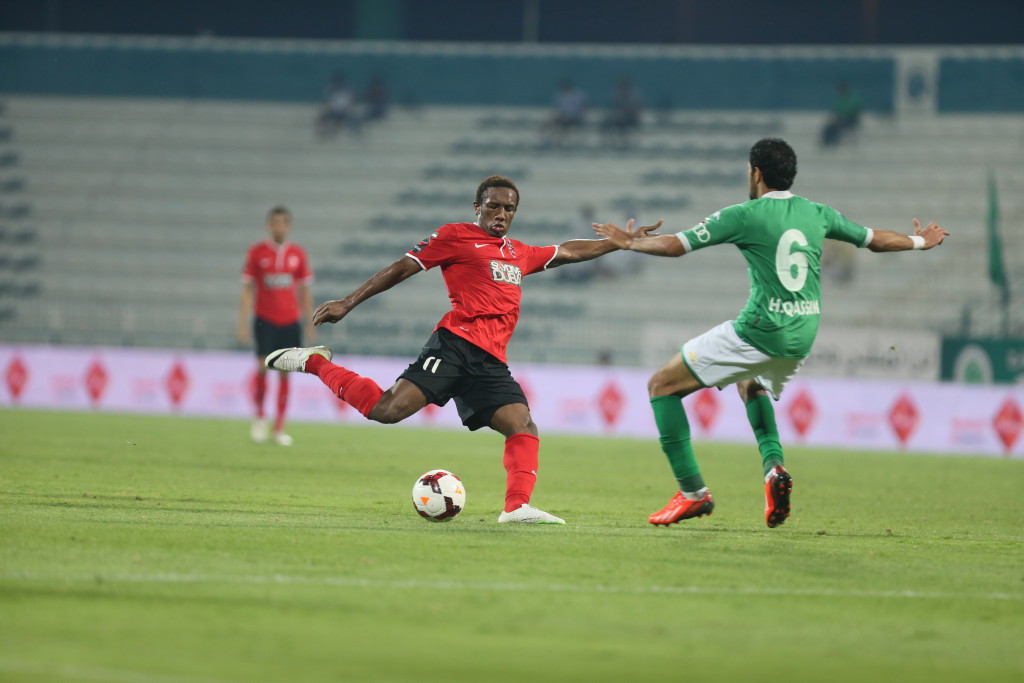 We hope this text helps clinicians and sports professionals to better understand rectus femoris’ biomechanics during the in-step soccer kick, providing a baseline to improve biomechanical based approaches to prevent muscle injuries related to kicking and enhance soccer kick’s performance.

By the end this text, the reader should be capable of highlighting some relevant information: