Muscle injury recovery: How much impact does nutrition have? 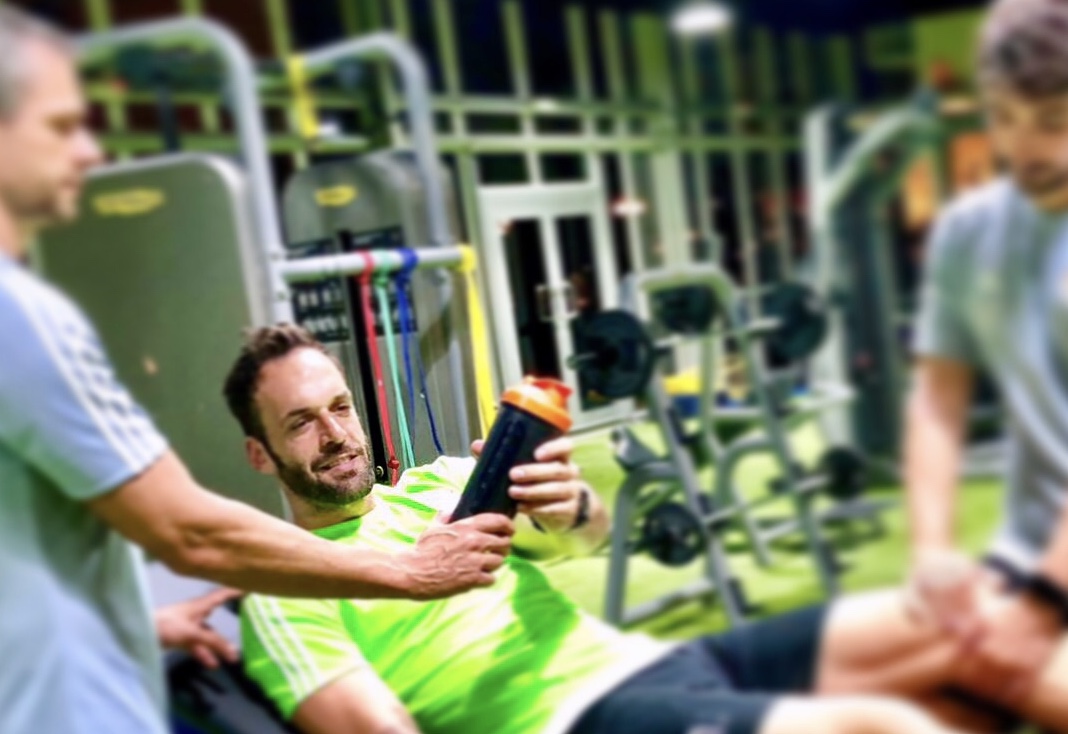 At Football Medicine®, we clearly understand the importance of the nutrition for footballers and the role it plays in their health, fitness and rehabilitation. Taking that in consideration, and knowing that this area is one of the most affected by dogmas and anedoctal evidence in the football community, our team is now strengthened by two Sports Nutritionists from FC Porto – Vitor Hugo Teixeira and António Pedro Mendes – that will bring you the latest evidence in football related sports nutrition along with their own practical insights to clarify you about what nutrition for athletes is all about. Great news regarding Football Medicine® project are coming, stay tuned! 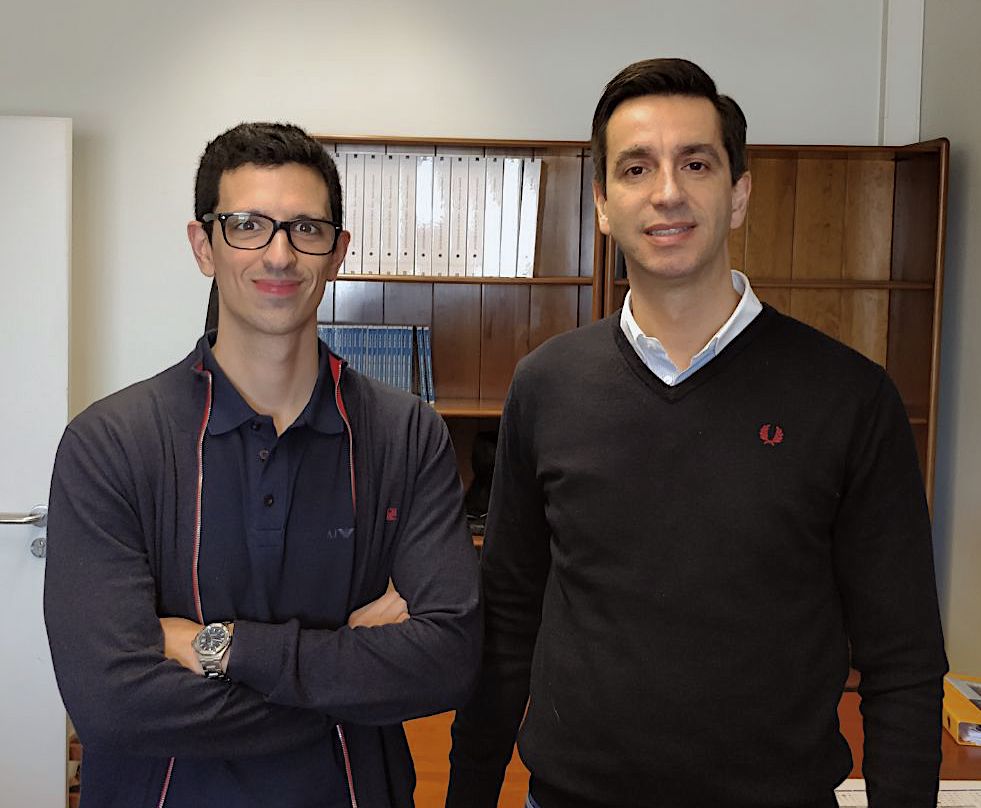 The occurrence of an injury is an almost unavoidable situation in sports played at a high level. The prevalence of injuries is high (Engebretsen, 2010), increases with congested schedules (Dellal 2013), a significant part is muscle-related (Ekstrand 2011), which can preclude an athlete to train and compete for a significant amount of time (Jacobsson 2014). It is imperative to provide the athlete with all available resources to avoid its occurrence and improve its recovery.

Although some nutritional strategies to prevent injuries are emerging, most of the published literature focus on nutritional recommendations to improve recovery from it; and the mitigation of muscle atrophy during immobilization phase of an injury is one of the main topics. It is known that total or partial immobilization leads to site-specific musculotendon remodelling which may promote skeletal muscle atrophy. This process usually decreases muscle’s strength and function and leads to an increase in the risk of re-injury (Silder, 2008). A single leg immobilization for only 5 days can lead to a decrease of 1.4% and 9.0% in its lean mass and strength, respectively (Wall, 2014). It is crucial to promote strategies that may attenuate skeletal muscle atrophy.

There are specific nutritional recommendations for injured athletes, mainly oriented to mitigate the loss of muscle mass during immobilization and to promote a better hypertrophy and function recovery during rehabilitation. The most relevant ones will be discussed in more detailed below.

When an injury forces an athlete to be immobilized for a certain period of time, the “natural” tendency will be to decrease the usual energy intake to match the lower energy expenditure. For example, when healthy women were immobilized for 2 months they achieved a “new” energy balance under ad libitum feeding (Bergouignan, 2010).

Although it is important to avoid an unwanted body fat gain, a marked negative energy balance may lead to a significant muscle mass loss (Glover, 2008). Only 5 days of energy deficit diminish significantly muscle protein synthesis (Areta 2013). Furthermore, this negative energy balance may negatively interfere with wound healing and delay complete recovery (Frankenfield, 2006; Biolo, 2007). On the other side, a surplus of energy will lead to an increase in fat mass, which retards the achievement of the athlete’s optimal body composition, and may promote the activation of systemic inflammation and accelerate the muscle atrophy process (Biolo, 2008).

In the majority of the situations there will be a decrease in total energy expenditure due to a decrease in the activity, especially when there’s an immobilized limb, and to a decline in protein turnover (Ferrando, 1996). On the other hand, some factors might raise energy expenditure such as the healing process (which might represent up to 50% of the basal metabolic rate) (Frankenfield, 2006) or crutches usage, that can triple the deambulation energy cost (Waters, 1987).

If it is already a difficult task to estimate the energy expenditure of an athlete in normal conditions, it will be even more difficult in case of injury. If we exclude gold-standard methods because of their impracticality on the field, it may be wiser to monitor body fat levels to perceive energy balance than to estimate it with less accurate methods.

An optimal daily protein intake, especially from good food sources and evenly distributed throughout the day, is a major contributor to the mitigation of muscle mass loss during, due to its role on augmenting MPS. An insufficient protein intake may lead to an impaired wound healing (Arnold, 2006) as well as an increased inflammation to possibly deleterious levels (Demling, 2009). During injury recovery, there’s an impetus to reduce energy intake and, therefore, protein intake that may lead to a decreased muscle protein synthesis and, if sustained for a sufficient period of time, a decrease in muscle mass (Pasiakos, 2010).

Protein source is also an important issue to address. Each food has a different amino acids composition which may lead to different responses in MPS (Devries, 2015). Dairy (and its byproducts), meat, fish and eggs are examples of foods with high anabolic potential (Phillips, 2017). On the other side, plant-based proteins, due to a lower digestibility and leucine content and a greater splanchnic extraction, result in a lower muscle protein synthesis. Some strategies to augment the anabolic properties of vegetable proteins include fortification with leucine, increasing the amount consumed and ingesting multiple protein sources to balance the amino acid profile (Van Vliet, 2015).

While an intake of 20-25 g of protein per meal is sufficient to maximally stimulate MPS at rest (Witard, 2014) and after leg resistance exercise (Moore, 2009; Witard, 2014), a higher amount (40g) may be necessary after whole-body resistance exercise (Macnaughton, 2016). Taking into considerations that injured athletes might present some degree of anabolic resistance, a greater protein per meal might be needed to maximally stimulate MPS (Yang, 2012).

Distributing more evenly protein intake throughout the day cause a higher increase in MPS at rest (Mamerow, 2014) and after exercise (Areta, 2013), and should also be considered.

It is our opinion that a protein intake greater than 2 g/kg/day may be required for a maximal mitigation of muscle mass loss, preferably distributed by 4 to 6 meals, with 25-30 g (0,3-0,4 g/kg/day) of good quality protein in each of those.

Omega-3 fatty acids (n3-FA) have well-established anti-inflammatory and immune-modulatory properties, but its use for injury recovery is a double-edged sword. The use of n3-FA supplements in conditions where an exacerbated inflammation occurs, as burns and chronic arthritis (Calder, 2009), may be useful to counterbalance that condition. However, as in the immobilization phase of most injuries a low level of inflammation is important (Lin, 1998), supplementing with n-3 FA can compromise the recovery as it has been shown in preliminary studies in animals (Otranto, 2010).

On the other side, n3-FA seems to reduce the anabolic resistance and has a potential role in the mitigation of muscle loss during immobilization. Actually, high doses of n3-FA enhance MPS response to hyperaminoacidaemia in both elderly, middle-aged and young individuals (Smith, 2011a; Smith, 2011b).

Given the current evidence, it is our opinion that we must be cautious about fish oil/n3-FA supplement use during muscle injuries, especially during the first days of recovery. More evidence is necessary to establish proper and solid recommendations.

Creatine is one of the most studied supplements, and its role in exercise-induced muscle hypertrophy is well established (Farshidfar, 2017). Literature focusing on its effects in the mitigation of muscle loss is scarce and more dubious. Supplementation with creatine monohydrate didn’t prevent muscle loss during 2 weeks of lower-limb casting (Hespel, 2001) nor in patients submitted to total knee arthroscopy (Roy, 2005). On the other hand, it did prevent muscle loss in arms immobilized for 7 days (Johnston, 2009). On the rehabilitation phase, creatine has shown to improve muscle growth and strength (Hespel, 2001), as well as an improved GLUT4 expression (Op‘t Eijnde, 2001).

Considering the existent evidence, it is our opinion that creatine supplementation might be a good strategy to help increasing muscle mass during rehabilitation but its usefulness during immobilization is less consistent.

There are vitamins and minerals with great importance for the recovery processes, whether we are treating muscle, tendon or bone injuries, although each of these might have different physiological recovery processes and different micronutrients-dependency. Although we might recognise the importance of micronutrients, there is no evidence of the need of supplementation in athletes with an adequate status (Tipton, 2015). There are some promising foods for injuries recovery, such as gelatin (Shaw, 2016), but the current knowledge is not solid enough to make recommendations.

We will discuss some promising supplements, as well as a deep analysis of micronutrient supplementation, in an upcoming article.

Silder A, Heiderscheit B, Thelen DG. Active and passive contributions to joint kinetics during walking in older adults. J Biomech. 2008;41(7):1520-7.